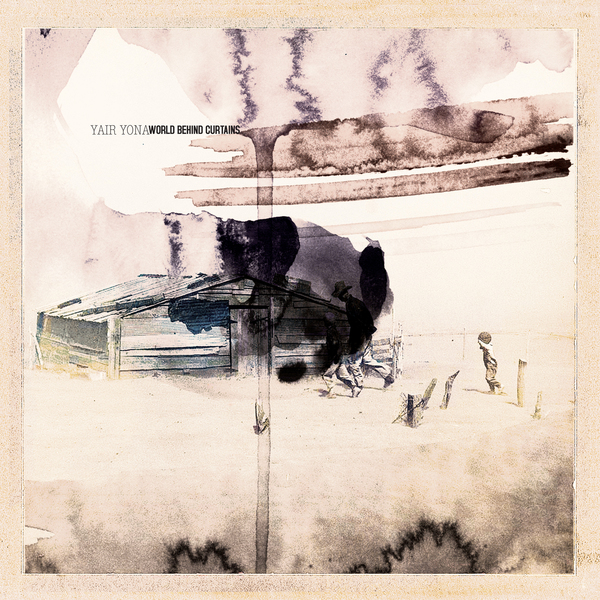 World Behind Curtains is, in many ways, a befitting title for the exquisite second album by Israeli guitarist/composer Yair Yona. Anchored by chiming steel string guitar, World Behind Curtains marks the ascendance of Yair Yona from solo steel string acolyte into master arranger, pulling the post-Takoma school of playing along with him into beautifully festooned cathedrals of sound. His exuberant attack on the acoustic guitar can be aggressive and ripe with punk rock muscle, only to return with graceful and yearning fingerstyle caresses. Each of the eight compositions on World Behind Curtains sparkle with multi-instrumental color, alternating between full string arrangements, piano, horns, chimes and splashes of electric guitars. Yona's 12-string undulates rhythmically in opener "Expatriates" as it careens into caverns of feedback, only to spill into the gently moving currents of "It's Not the Heat (It's the Humidity)". A nod to one of Yair's greatest inspirations, "This One's For You, Glenn" harkens to Glenn Jones' cinematic take on the solo steel string tradition, with a forward-propulsion that combusts into a furious pace tempered by the choral yearnings of horns, only to flame out with electric guitar and an abrupt gypsy-like about face. Through the densely layered prism of Yona's musical perspective, Leo Kottke is melded with Godspeed You! Black Emperor; James Blackshaw collides with Eastern European gypsy music; Robbie Basho finds solace in the enveloping arms of 70's AOR-style piano arrangements.

World Behind Curtains marks a turning point in Yair Yona's development as an artist. Make no mistake, this is not a steel string guitar album; this is an instrumental record, ambitious and singular in scope. May World Behind Curtains serenade many late-night forays into richly colored realms of self-reflection - with the drapes spread emphatically wide.