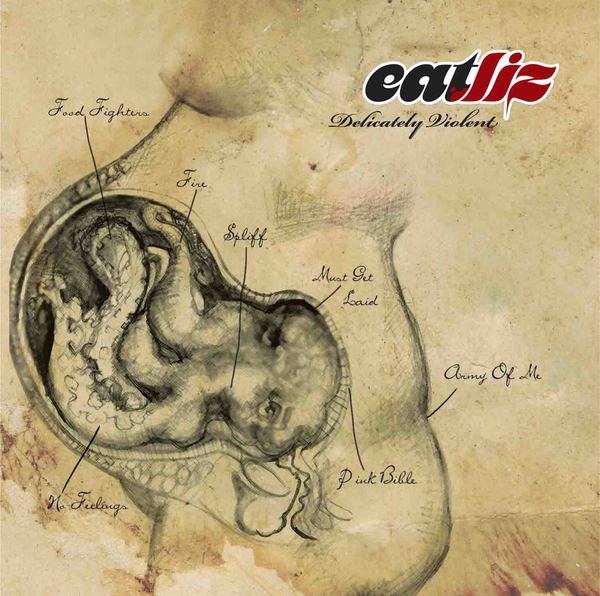 Nearly two years after the release of their critically acclaimed debut album Violently Delicate, comes the new mouth watering EP. The EP includes songs not yet to be released, that are known to the band’s loyal fans from Eatliz’s unconventional breathtaking performances.

Delicately Violent continues the eclectic mixture of styles that has been the identifying mark of Eatliz; A combination of sophisticated bittersweet madness and deviously enchanting melodies, best described as 'complicated and deviant pop'.

The EP includes 7 songs, that will be sold in the band's concerts and through the label's web store, along with limited edition merchandise. The EP also includes a cover to Bjork’s ‘Army Of Me'.

Recently, the band has won the “ best clip of the decade” in the Israeli videoclip channel ceremony, as voted by the enormous channel viewers. The animated clip for the band’s song “Attractive”, directed by Yuval and Merav Natan (who also directed Oren Lavi's critically acclaimed 'Her Morning Elegance").

Their second animated clip to the song ‘Hey’ created great enthusiasm and interest around the world. It was accepted to over 70 international animation festivals and has won prizes.