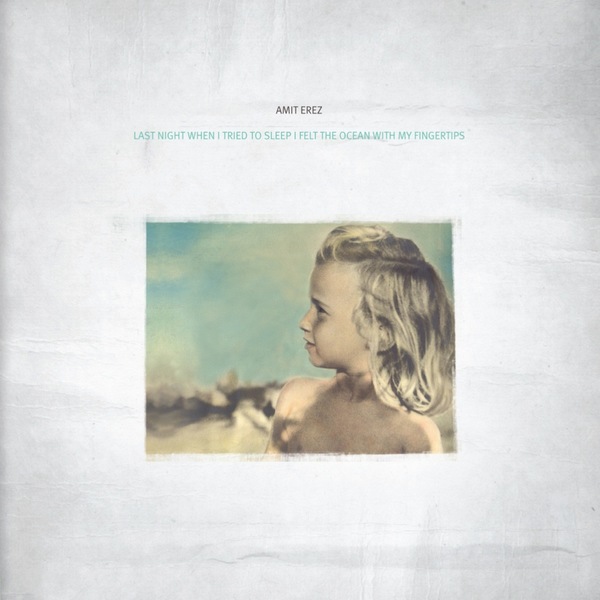 Songs:
1. Pretty Things
2. Animal Heart
3. Whales Dance For Me
4. The Water Received
5. Holy Things
6. Coming Down
7. Secret Cards
8. Love Again
9. Last Night When I Tried To Sleep I Felt The Ocean With My Fingertips
10. Papercuts

A year and a half after his critically acclaimed eponymous debut album,
three years after the release of his short EP – "Black Light",
and half a year after the compilation "Summer Conquered By Rain",
Amit Erez is back with a new album, that presents a new phase in the artistic development of Israel's most important and influential singer/songwriters operating today.

Unlike Amit's previous album, the songs on 'Last Night' were written as a lyrically conceptual album, while the songs order and the lyrical themes are meaningful than ever.

The new album marks a change of direction for the successful artist, who's considered to be one of Israel's finest acoustic guitar players.
The guitars, that were so far the center of the songs' arrangements, were pushed aside a bit and now serving as another
color in a complex and genuine palette of keyboards, piano and strings.

The production role was led by Or Bahir (a member of the Eatliz super group), together with Amit.
The two had found the core and meaning of each of the songs, and gave them the appropriate dynamics and theme, while they shift from the delicate sounds of the solo acoustic to heavy drums and a full rock band.

Musically, it was influenced by Sparklehorse and Wilco, while a continuous listening to PJ Harvey's White Chalk paved the way to Amit's finest lyrics to date.