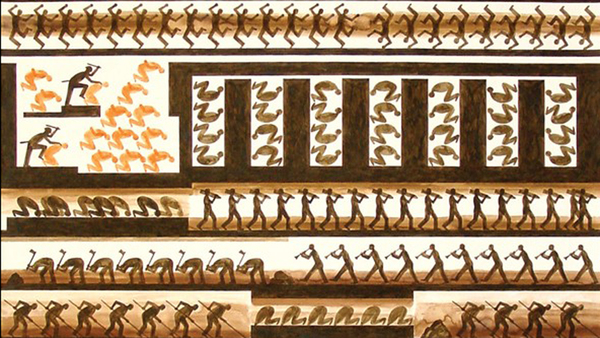 Songs:
1. Ice under the bridge
2. Year of the sword
3. A matter of the flesh
4. Rambling porcupine
5. Little feather plucker
6. The art of the cervix
7. The steel generation
8. The bishop's daughter
9. Bank
10. The ebb, the flow and the fraud
11. A conversation regarding the pattern of the stars

Yuppies with Jeeps are one of Israel's most interesting alternative rock groups. With three albums worth of material behind them, Yuppies with Jeeps established themselves as versatile, perfectionist and uncompromising artists.

While the core of the group is a duo – Daniel Kitchales and Noam Yaish – the band recorded and performed in a wide number of formats over the years, with a varied number of performers on stage or in the studio.

After a somewhat electronically oriented first EP, the band released their first full length – "The Sword is Without and the Famine Within" via the legendary Jerusalem-based indie label "FACT records" (2002).

The album garnered raving reviews, and is still considered by many music lovers to be a defining moment in Israeli alternative rock. The multy-layered production, as well as the accompanying tour (at the time, Yuppies performed in a layout which included 7 people on stage), brought comparisons to international artists such as dEUS and pavement, and Israeli artists such as "Girafot" and "Hapeh Vehatlafim". The album also spawned two indie hits – "Japan" and "Habat Shel Hadikan".

In the following years the band stopped performing under the name "Yuppies with Jeeps", but the members never stopped playing, appearing under pseudonyms, writing a soundtrack for a silent movie (as part of a project by the Jerusalem Cinematheque), participating in the last "Young Puritans" album as guests – and more.

The Second Yuppies with Jeeps album – "Red David's Harp" – came out in February 2009 via Anova Records. This album marks another change of style – shorter, darker songs, performed by the band in a almost-acoustic trio format.